Charles McLaurin entered our small breakfast group the morning of March 8th and rotated around the group inconspicuously. Eventually I made my way to him and shook his hand. “You know,” he leaned in to tell me, “you and me couldn’t have been here in 1962. And if we were here, that would mean they were gonna hang the both of us.” So began the third day of the civil rights bus tour. 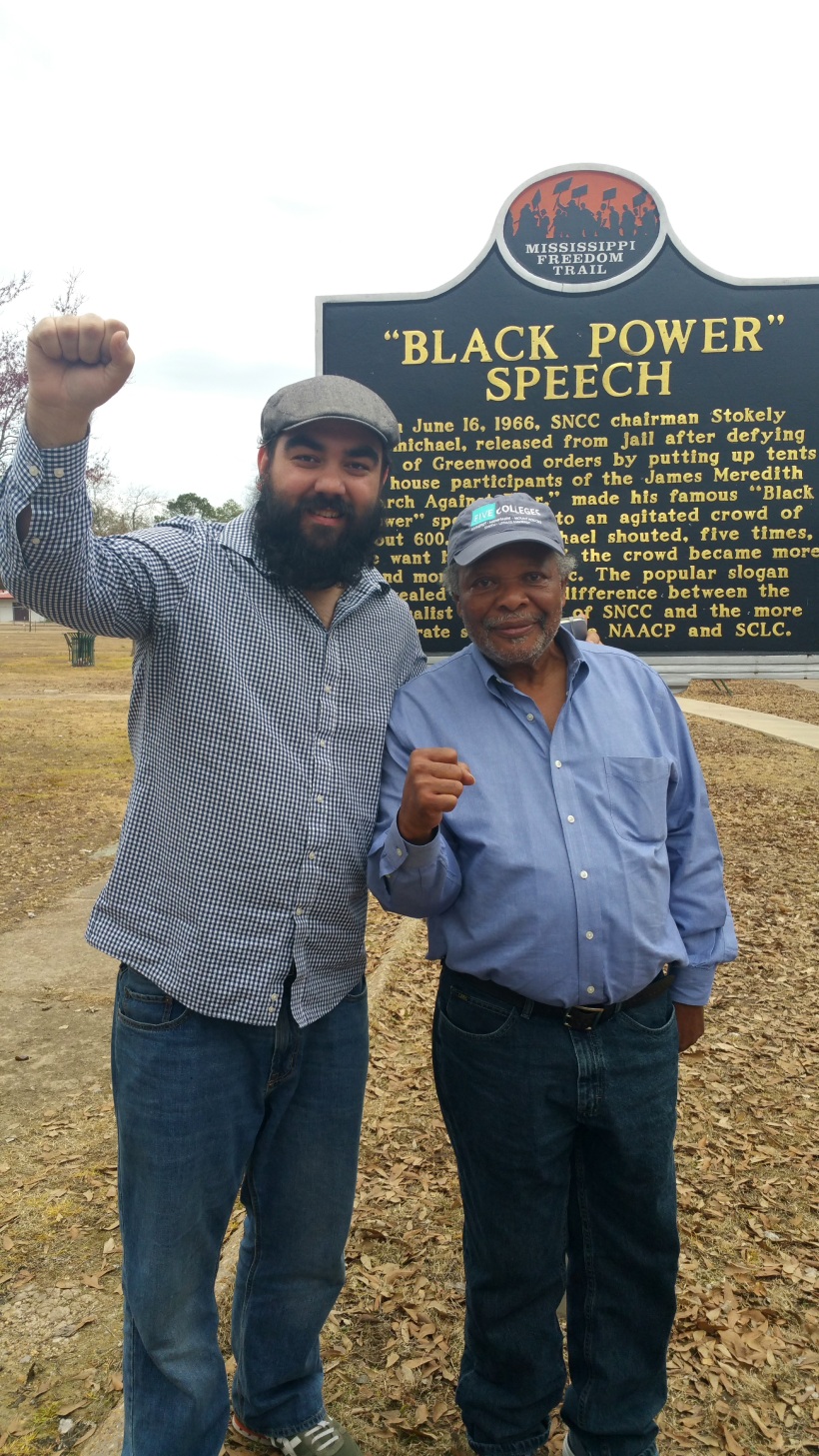 McLaurin is a bit of a legend in the Mississippi Delta. He was a key member of the SNCC movement in the area and has been arrested over forty times in his life for agitating unjust laws and authorities. He had been a key supporter of Fannie Lou Hamer and was the field organizer who led much of the Freedom Summer registration in Sunflower County. Arguably, McLaurin is one of the most important civil rights leaders who is still living today, and it was a special honor to spend the day touring the civil rights history of the Delta with him.

Our bus drove through many small cities in the Delta today, including Ruleville, Greenville, Indianola, Drew, and Glendora. Instead of touching on each city I want to highlight a couple of important moments in the day that stood out.

First, in Ruleville, we visited the Fannie Lou Hamer Garden and Museum. Compared to most other museums I have visited throughout my life, this place seemed much less fortunate. They didn’t have the funds to support the beautiful site that Hamer deserves, yet people in the community had still fought to have Hamer remembered. This made me realize how vital it is to have people fight for the local histories, especially when the state doesn’t explicitly support them. I felt a deeper desire to help certain museums financially and in any other capacity in my future.

But the funds the museum has raised helped memorialize the legacy of Hamer. Still to this day, you can see a twinkle in McLaurin’s eyes when he speaks of her, and as he and a curator guided us through the exhibit, I learned not only more on Hamer’s desire, but also the struggle involved in keeping her story alive. The museum also purchased a beautiful lot where Hamer is buried and built a monument to her honor there. The statue, showing Hamer in her favorite stance as an organizer, distinguishes itself from other statues. Together, seeing the history combined with local people’s efforts to maintain it, marks her museum and park as a special place that I will remember forever.

Next, we visited the museum for Emmett Till and also the small store where he was first accused of soliciting a white woman. The museum in the small town of Glendora is surrounded by the impoverished. All the houses in town are crumbling and have been left behind by modern society and state money. Yet, still this community support the Till museum in the old barn where he was actually tortured and murdered. Most amazingly at this site, the curators have constructed a coffin and a fake, disconfigured body that resembles the horrific shape of Till’s open casket funeral. It seems, rhetorically speaking, the museum fulfills the same purpose that Till’s mother wanted in having the open casket: they want visitors to feel that visceral, complex reaction in seeing the brutality of racism.

Today taught me a lot on not just the history of civil rights but also the ways people keep memory alive. I see it in the fight for funds and grants, I see it in the unique placement of plaques and memorials, and I see it in the visual reminders of the harsh world around us. The Delta has to fight for their history. They do not have the national spotlight that places like Selma, Birmingham, and even Memphis do. Thus, the have to go through greater struggles and more hoops to remain an important part of history. Seeing how people like McLaurin and even local sites tell their stories gives me all the inspiration I need to keep researching how rhetorics of public memory affect histories and communities.